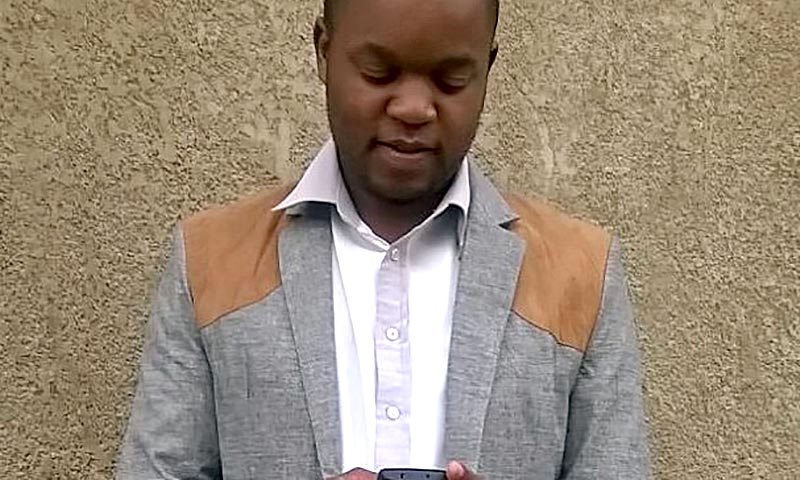 Bulelani Maphanjwa Life Coach and Facilitator
33-year old Bulelani was born in Umtata in the Eastern Cape and moved to Alex when he was in grade 9 to finish his schooling. He is married with two girls aged six and two and has worked as a life coach and facilitator.

Bulelani speaks four languages and has a passion for youth development. His proudest moment in life was helping a young boy to overcome an addiction to Nyope who went on to finish his matric. His toughest challenge in life was when his parents left him at the age of nine and he was taken in firstly by relatives and then at the age of 11 by his older brother who had just finished school.

Bulelani’s commitment to Alex is to bridge the gap between parents and children through dialogue and parents’ workshops and to make sure that men understand their role in the community of Alexandra. 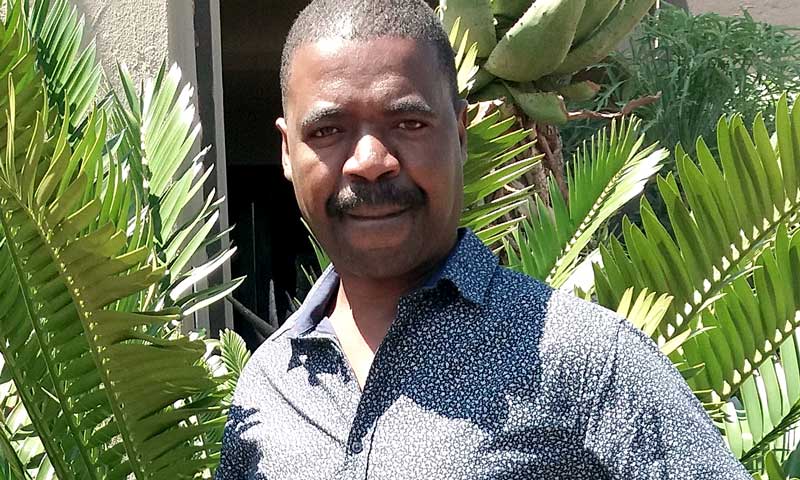 Charles MphephuMobilizing Men
41-year old Charles grew up in Dzwerani village in Limpopo. He moved to Alex at the age of 23 in search of his father and has been there ever since. Charles speaks eight languages, is single and has a four-year old daughter. He has worked as a Sales Consultant, Community Liaison Officer and Project Coordinator at the City of Johannesburg Health Department.

Charles loves reading and watching movies. His proudest moment in life was starting an NGO in 2010 to help OVC’s and victims of gender-based violence. His toughest moment was when his brother who was the breadwinner at home passed away.

Charles’ commitment to Alex is to use his strength well to protect and love his family and community and to be an ambassador of Alexandra, teaching and mobilizing men to stand against gender-based violence. 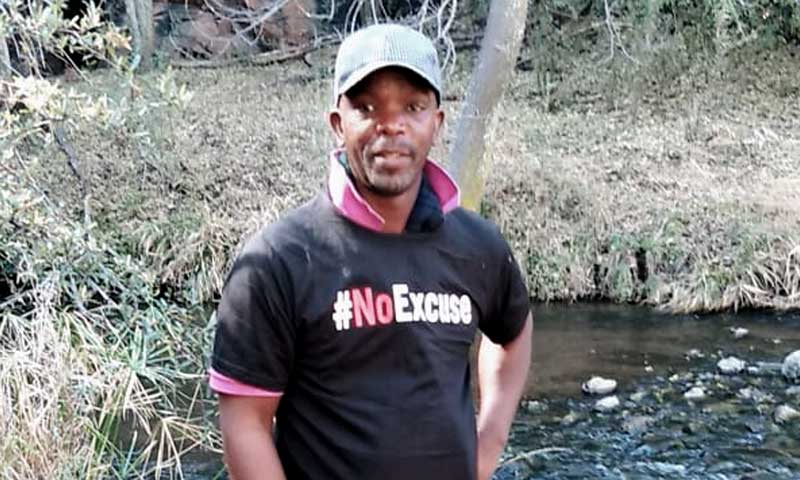 Kenny TwalaCarrying the Torch
49-year old Kenny grew up in Alexandra where he finished his matric. He speaks four languages, is single and has two boys aged 18 and 10. His work experience is in construction, mainly civil and electrical.

Kenny’s passion is community development and his hobbies are attending community forums and reading books. His proudest achievement has been overcoming his fears and watching his work in communities yielding results. His toughest challenge in life was being unemployed for a very long time.

Kenny is committed to always carrying the torch in the fight against gender-based violence. 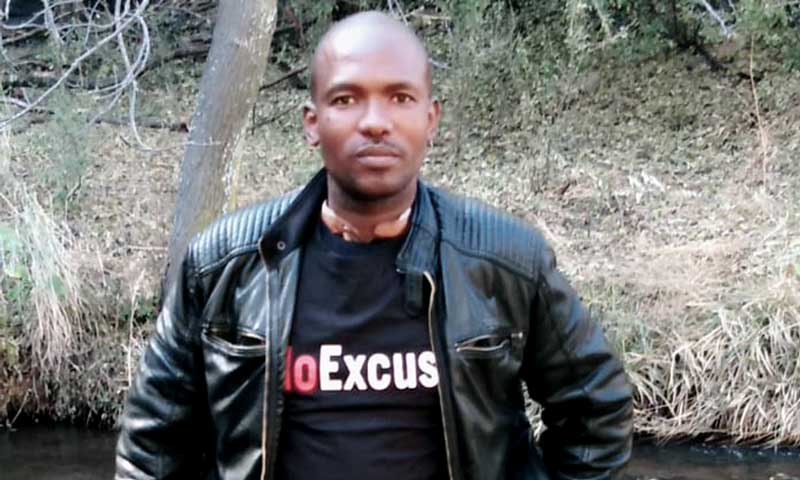 Mlungisi JaliRegional Manager
43-year old Mlungisi grew up and schooled in Msinga, Kwazulu Natal and moved to Alex in 1997 at the age of 21 to stay with relatives. He speaks five languages and is married with seven children aged between two and 19.

Mlungisi has worked as a security guard, factory supervisor and more recently the Gauteng regional manager of a funeral services company. His passion is helping other people and his two proudest moments were when his first child was born and when he took a flight for the first time. His toughest challenge in life was when he lost his mother.

Mlungisi’s desire as a community leader in Alex is to see Alex change and become a better place and when that happens, he wants to know that he played a key role in making it happen. 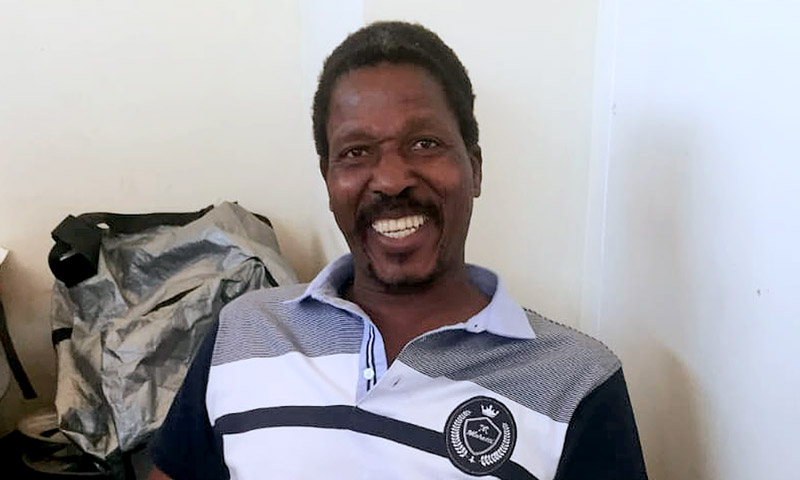 Mtsheleni ChoncoRemoving Cultural Barriers
57-year old Mtsheleni grew up in Msinga, Kwa-Zulu Natal and moved to Alex in 1984 at the age of 22 in search of work. He speaks six languages and is single with eight children ranging in age from seven months to 34 years.

Mtsheleni has worked as a cleaner in a hotel, Chef, car washer and petrol attendant. He has a passion for people and his proudest moment was when he joined the Alex Men’s forum and then Father A Nation. His toughest challenge in life was when he lost his job and was without an income and money even to buy food. In his words, “there came a time when I didn’t have food to eat. It was a real testing point because I had to choose between gangsterism and doing the right thing”.

He is committed to changing Alex by inspiring and helping people to love each other, remove cultural barriers and stand with each other to fight all the crimes that are taking place in Alex. “I will not rest until this is achieved. A free society where people can share their problems and come up with solutions”. 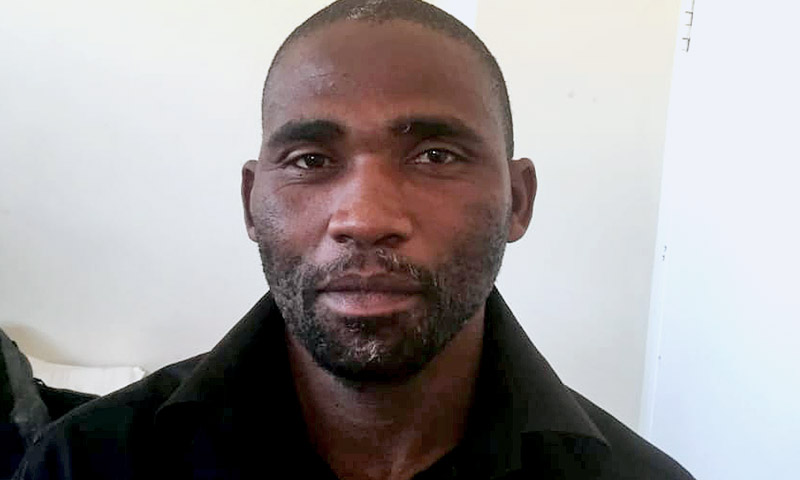 Nkosinathi NtabeniA Vision for Community Transformation
43-year old Nkosi was born in Soweto in Johannesburg and moved to Alex in 1989 at the age of 13 when his parents relocated there. He is divorced and has three boys and a girl aged between 10 and 16.

Nkosi has worked as a warehouse supervisor and also as a factory supervisor. His hobbies include running, reading and engaging with people about things that transform them for the better. His proudest moment in life was passing Matric against all the odds. He is also very proud of stepping out of his comfort zone and overcoming his fears. His toughest challenge in life was the decision to resign from work to pursue his vision for community transformation.

Nkosi’s statement of commitment to change Alex: “It is my duty and calling as an active citizen to make sure that transformation and mind-shifts takes place within men, even if it’s one man at a time, every day. It is a vision for which I am prepared to invest my time, energy, ideas and any other available resource to make sure that it is possible.” 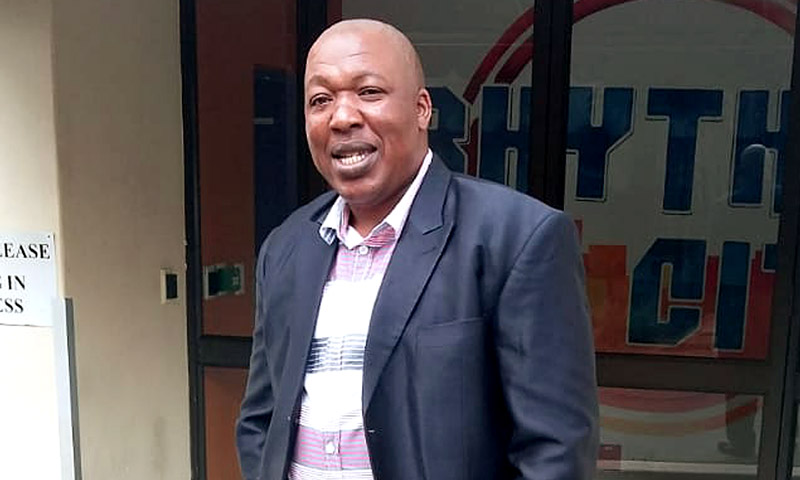 Sipho KhohlakalaGiving back to the Community
41-year old Sipho grew up in Umtata in the Eastern Cape and moved to Alex in 1995 at the age of 18 to look for work. He is single with two boys, aged 13 and nine.

Sipho worked at Alex FM for 8 years as a Radio presenter and for a Landscaping company for 5 years. He has a passion for reading, writing poems and listening to jazz music. His proudest moment in life was when he travelled overseas. His toughest challenge in life has been growing up without a father and being raised by a disabled mother.

Sipho’s commitment to Alex: “As a champion and a community leader it is my duty and responsibility to change Alex into a better place for all. Giving back to my community is a binding duty I cannot resign from.” 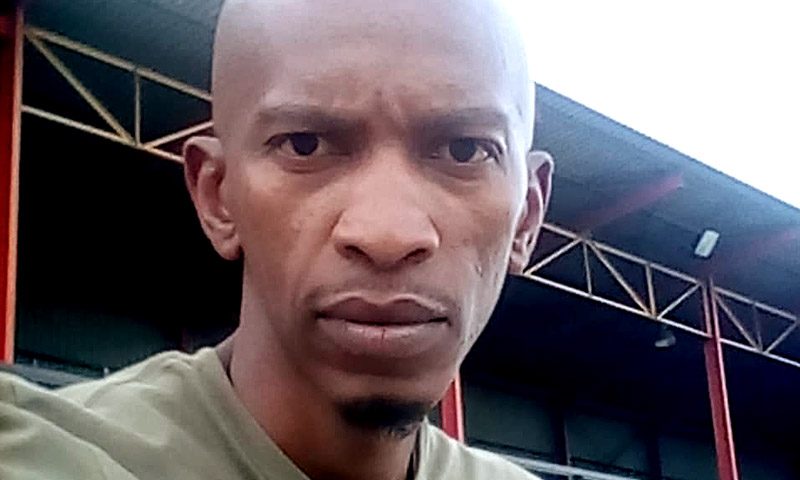 Siyanda XabanisaDriving Radical Change
37-year old Siya grew up in Toleni, Butterworth in the Eastern Cape where he finished school before moving to East London and earning a diploma in Public Relations from MSC Private College. He speaks six languages and is in a steady relationship with the woman he hopes to marry soon. He has two boys aged nine and two and a stepdaughter aged six.

Siya has worked as a merchandiser, community volunteer, health promoter, field worker and community liaison officer. He is passionate about serving the people in his community. His proudest moments have been the birth of his children. His two toughest challenges in life were losing his mother and being unemployed with children to support.

Siya’s statement of commitment to Alex: “I commit myself to driving radical change in the mindsets of Alexandra men and to being an agent of change for Alexandra men where we will work together to regain the dignity of men by protecting and being responsible for our families and society at large. I further commit myself to fight any form of Gender Based Violence.” 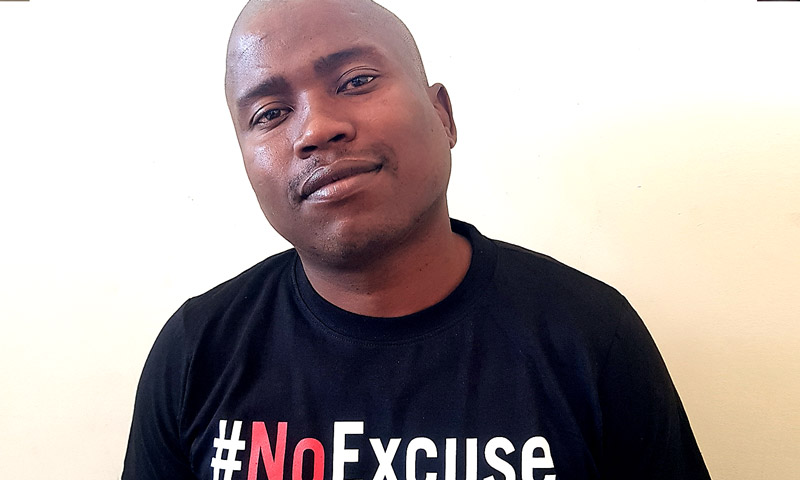 Tebogo Jacob MabotsaActivist, Facilitator, Trainer
38-year old Tebogo grew up in Gamashashane, Limpopo and moved to Alex in 2004 at the age of 13 where he finished his schooling. He speaks seven languages, is married and has four children aged between eight and 15.

Tebogo has worked as a gender activist, HIV activist, HIV counsellor, events manager, facilitator and trainer. His passion is empowering men and boys and his proudest moment in life was when he discovered that he has a gift for public speaking. His toughest challenge in life was being abandoned by his family at the age of eight and having to survive as a shepherd looking after cows all by himself.

Tebogo’s statement of commitment to Alex: “I vow to change Alex by being a community leader and fighting gender-based violence, the spread of HIV and any other social ill that is a danger to my Community”. 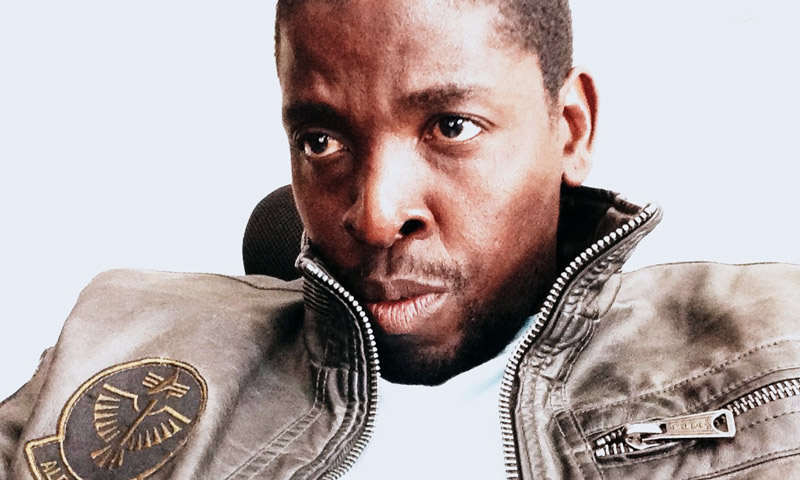 Thembisa TembeMentoring the Younger Generations
37-year old Thembisa grew up in Mhlabuyalingana, Kwa-zulu Natal and moved to Alex in 2002 at the age of 22 to pursue his dream of becoming an artist. He speaks eight languages, is single and has a 14-year old son and 7-year old daughter.

Thembisa has worked as a dance choreographer, theatre director, music producer and song writer. He is a talented poet reciter and mentor of young artists in the music industry. His passions are everything in the creative arts, mentoring and community leadership. The proudest moment in his life was when his first child was born because, as he says, “when I was growing up, I used to get sick a lot, which made me doubt that I would one day be able to have a child that’s healthy and looks like me”. His toughest challenge in life was when his parents passed on as he was very young at the time.

Thembisa’s statement of commitment to change Alex: “I believe it’s my duty to develop and mentor the young generation. I think I was brought to this world to serve that purpose and I will not rest till I change the whole of Alex.”